Take photographs for long enough, and you’ll sooner or later be asked for advice about which is the best camera, the best lens, etc. Perhaps more frustrating, you’ll meet other photographers who insist on talking about the merits and shortcomings of your gear, their gear, or whatever gear is on the market at the time. I have very little interest in any other cameras than the ones I actually own or have access to. I don’t read any of the photography magazines, blogs, etc and generally have no idea what’s on the market at any given time until I actually have a need to purchase something. I’m usually far more interested in what I can point my camera at rather than what camera I will point at things with. Even if money is no object, there’s still no single answer to the question “what is the best camera?” and when asked I usually say “whichever camera you have with you when you need one”. It’s a silly answer really, but it hopefully kills the conversation before it gets too boring. And it’s also true.

I don’t have a great deal of photography gear compared to a lot of photographers. I’ve been particularly lucky to be able to use equipment that would require a mortgage if I wanted to purchase it, but my own gear list is relatively modest.

To illustrate my point about the best camera being the one that you have with you at the time, one of the photos that gave me the most satisfaction and represented the culmination of an awful lot of hard work and time in the field was taken with a fairly poor trail camera. I’d taken 6 or 7 trail cameras on that trip, and the only one that got the target species was the one with the most under-powered IR and the only one that wasn’t capable of shooting video. The resulting picture was dark and grainy, lacking detail. It was the only camera I had left once all the others had been deployed and without it, I wouldn’t have got the picture at all. Trail cameras have gone on to help me get pictures of all manner of species exhibiting behaviour that I wouldn’t have managed otherwise.

One picture that was particularly popular and was ultimately licensed for use as a book cover was taken while I was meant to be filming a starling murmuration for the BBC. Next to me was many tens of thousands of pounds worth of professional camera gear. When something else caught my eye, I reached for the Canon pocket camera and did the best I could with my one free hand. The book publisher obviously neither asked nor cared what camera was used to get the image. Only other photographers care what equipment you used.

A simple phone camera can get great results in the right circumstances. My old iPhone 6 is well behind the capabilities of some newer phones yet it has taken some photos that I’m really pleased with, considering the limitations. Those limitations are compensated for with the sheer convenience of low weight, small size, ease of use and often, images that couldn’t be achieved with the typical lenses a wildlife photographer keeps on them at all times. These days, more often than not when I’m out locally, I won’t take the DSLR, preferring the comfort of not being weighed down by a very heavy long lens. When I do take it out locally, it’s usually with a very specific target in mind. Wherever I’ve been in the world, the iPhone camera has been invaluable for identifying species (usually invertebrates), capturing landscapes, filming bits of video, without the need for often impractical lens changes or carrying of extra gear.

For those who really do feel the need, my camera body is almost invariably a Canon 5D mark 3 or 4. My telephoto lens is a 3rd generation Sigma 120-300mm f2.8, often with the addition of a teleconverter, and for smaller or closer wildlife, a Sigma 180mm macro and a Canon 24-105mm.

What follows are a few photographs that weren’t captured on an expensive DSLR setup, but instead on either a pocket compact camera, an iPhone or a GoPro… 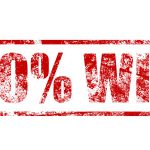 Every photograph on this site was taken using a completely wild subject in its natural habitat.  I've visited zoos and I've watched animals in captivity, particularly as a child. I've also done so as recently as 2015 to see if it would provide a stimulus to a family member who ... Read more 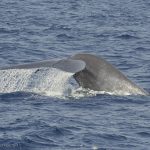 This is by no means a serious piece of writing, but instead a bit of fun looking through the list of all the species I've photographed so far… The biggest - Up until 2017, the largest species I'd photographed were probably the Minke Whale or the Basking Shark. The largest ... Read more

Bit of a long shot, but does anyone recognise either of these people? I'd like to reunite them with their lost iphone, found yesterday in the Forest of Dean.